While we were slowly getting the bikes ready the cottage was filling up with stuff, we decided to do a last test ride. Just wanted to check what we really wanted or needed to take on the real trip. So on Easter Sunday, we strapped the bags on, lubed the chains, and set off for Limpopo. 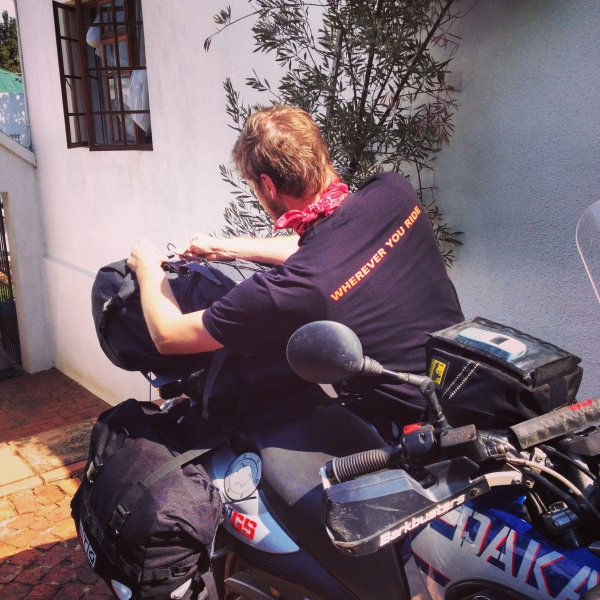 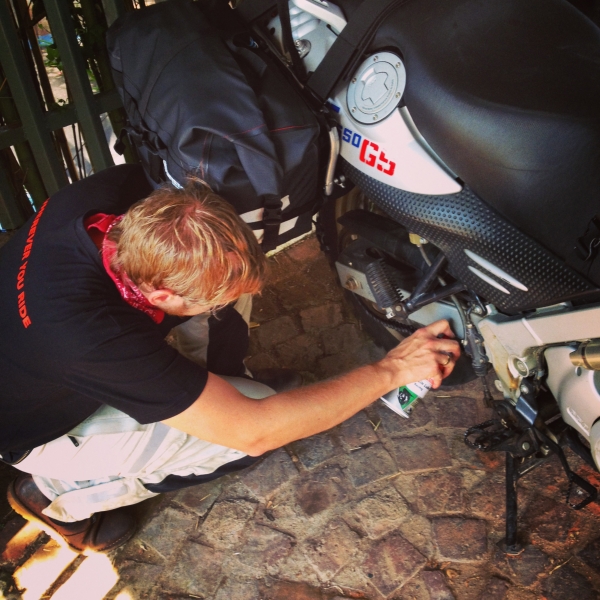 We had heard about the hot springs in the small town of Bela-Bela (the name means, not accidentally, “hot water”), and planned to enjoy some proper soaking – quite appropriate for the cold autumn nights we were experiencing in Gauteng already. We did not book anything, but figured we’d find a camping spot somewhere to pitch our tent.

It all came differently when on the last gas stop before Bela-Bela, a guy on a road bike turned up behind us and we started to chat. When Jan asked him if he knew a camp site in Bela-Bela, he spontaneously offered us to stay at his place. He mentioned there was a “nice little dirt road” and “a little bit of sand” en route to his place, which we translated with “the deepest sand you will have ridden through so far”, and rightly so. Our host Dries stopped at a garage just outside Bela-Bela and put his bike on a quad-puled trailer he had parked there. We followed him from there while he lead the way, and sure enough the sand began. We both managed fairly well, but at some point Anne got a wiggle and couldn’t stabilise the bike, so down she went. nothing happened apart from the brand new Rallye mirror broken off (not Anne-proof, this gear). Afterwards Dries let out some air of our tyres, which made riding a LOT easier. Another learning. 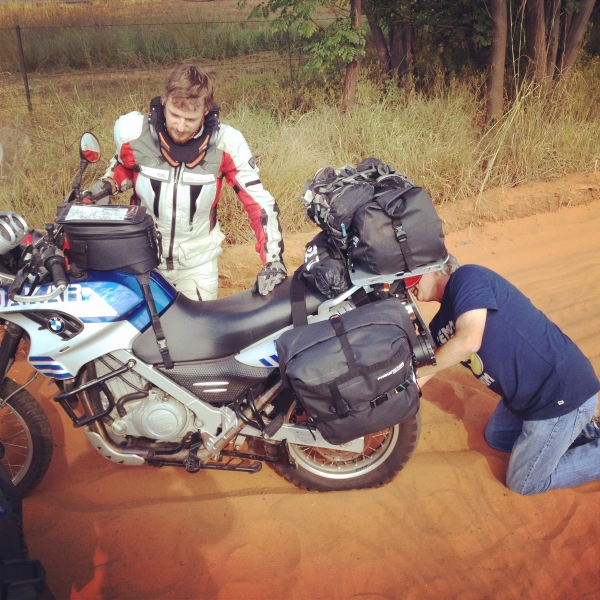 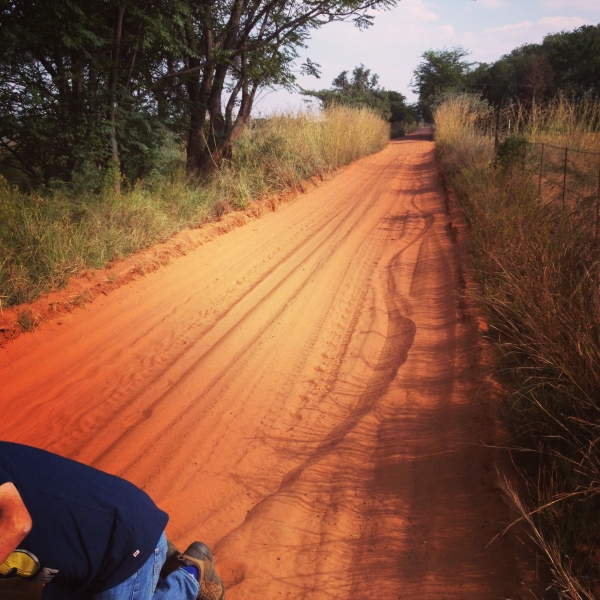 A bit slower and without further incidents we reached the gate of Dries’ place. What we had expected of course to find at the end of this dirt road was a piece of gras where we could pitch our ten. What we got was a whole campsite to ourselves, including showers, power points and everything – plus access of Dries’ well stocked bar, kitchen, pool and private game reserve (I kid you not). After pitching our tent we sat down for a beer, and Dries explained he bought the farm just a year ago and is only using it for himself, his daughter and his biking buddies. Well were we not happy that we are now his biking buddies.

Dries’ daughter was having a little pre-birthday party with some friends, so Dries took all of them including Jan to bottle feed some cute little Springbokkies and afterwards drive around the game reserve, spotting Warthogs, Nyalas and all other kinds of Antelopes. Anne unfortunately had gotten a back spasm due to stepping off the bike quite unconventionally earlier (some could say falling), so she rather nursed that with some tablets and a hot water bottle. 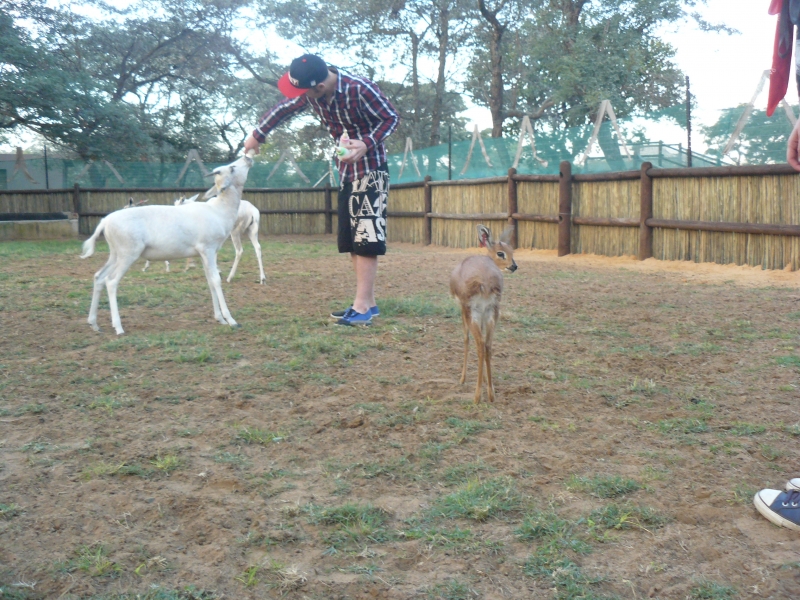 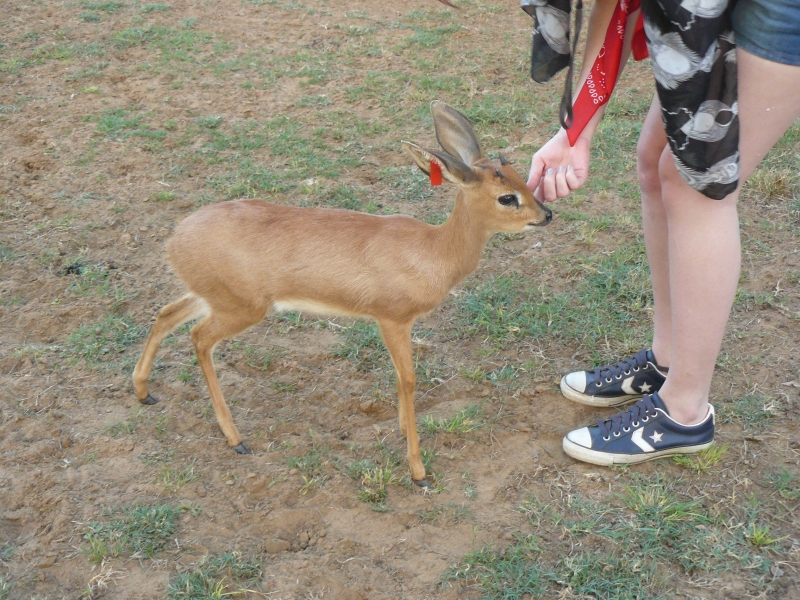 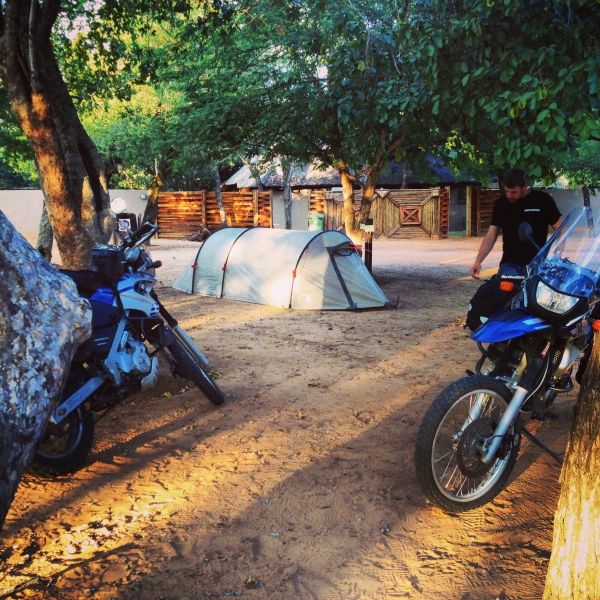 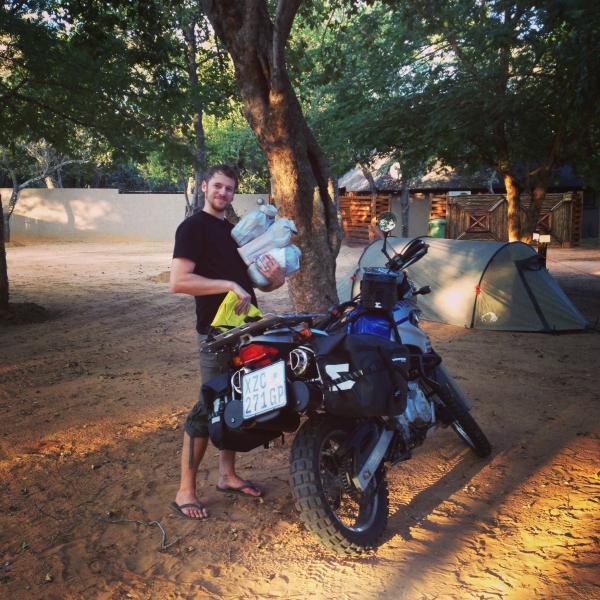 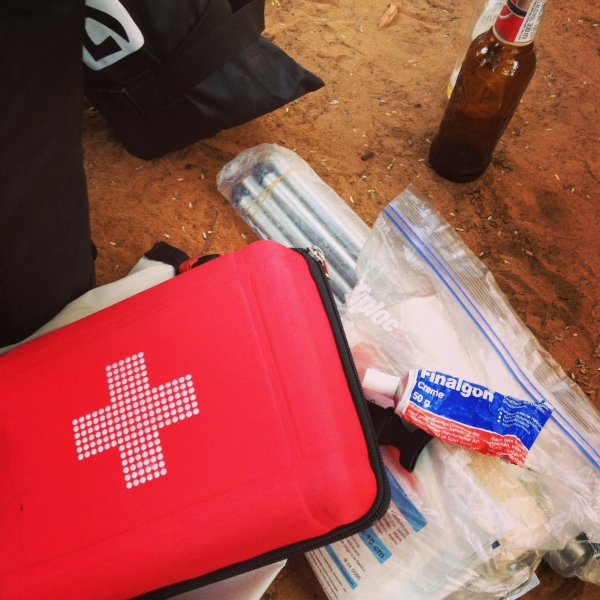 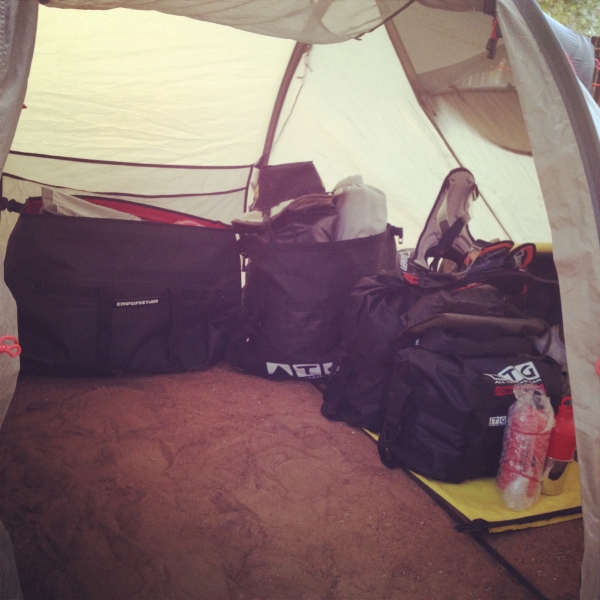 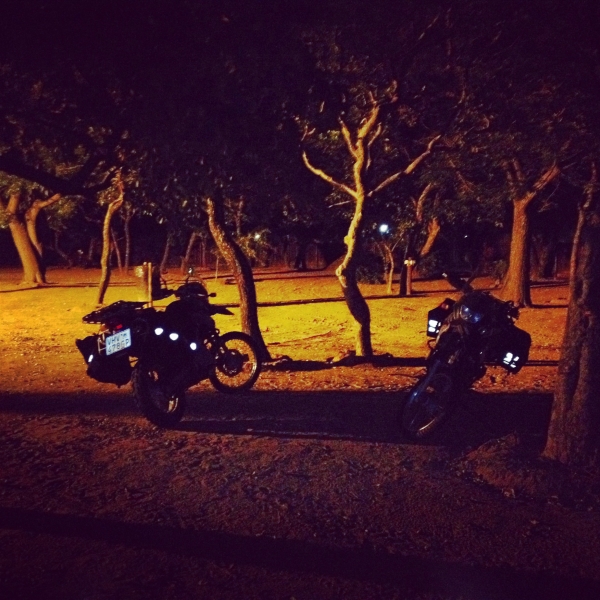 The next morning after breakfast and a funny Zulu-and-English-chat with Dries housekeeper and “Head of everything” Mary, we packed our stuff and left. Dries accompanied us back to the garage – which was our luck as Jans front tyre ran flat on the way. And we had packed everything for this trip – but spare tubes. So while Dries drove back to the farm on his quad, we took off the front tyre, broke the bead and managed to have the old tube out when he arrived with a spare one. No talk about repairing the old one – the valve had come flat off. 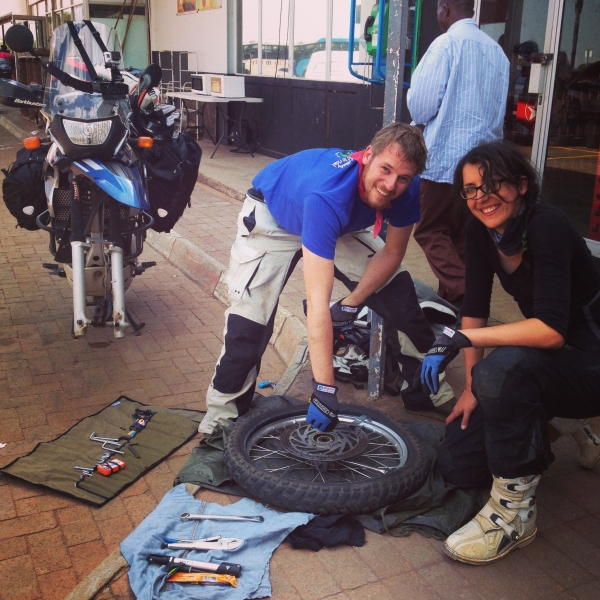 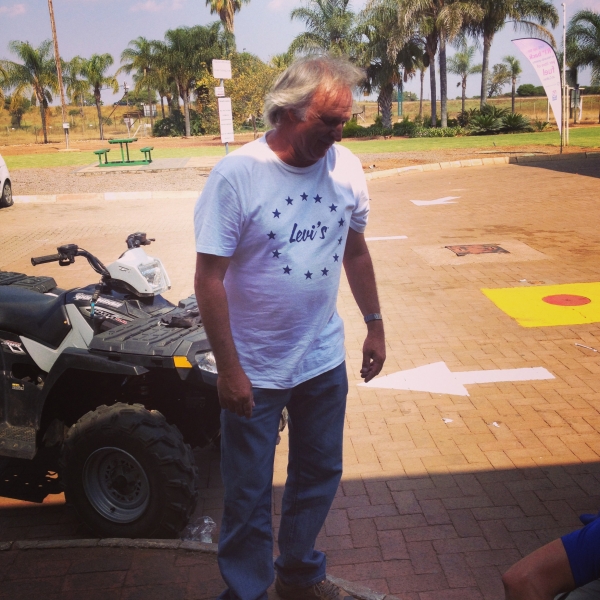 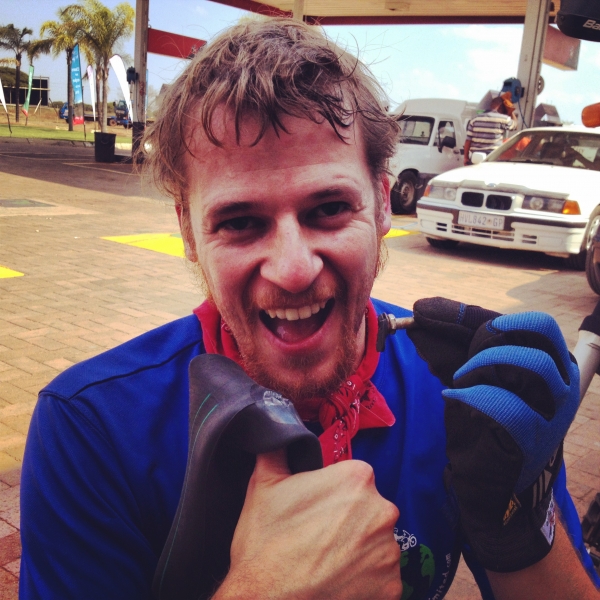 Probably let out too much air earlier for the sand tracks. While Dries and the garage owner looked on and gave some (mostly quite useful) comments, we put the new tube in, the tyre back on and back on the bike. Quite happy that we had such a comfortable spot for our first tube-and-tyre-change, and good practice for the trip indeed. We said goodbye to Dries and rode back to Johannesburg on a route he recommended to us – and a good recommendation it was. After a beautiful drive along our beloved Magaliesberg, and a nice and well-deserved rest at a cosy roadside inn, we arrived back home. 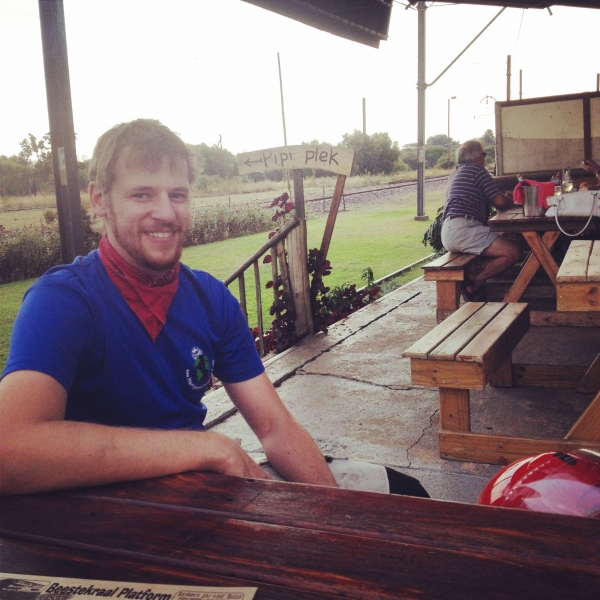 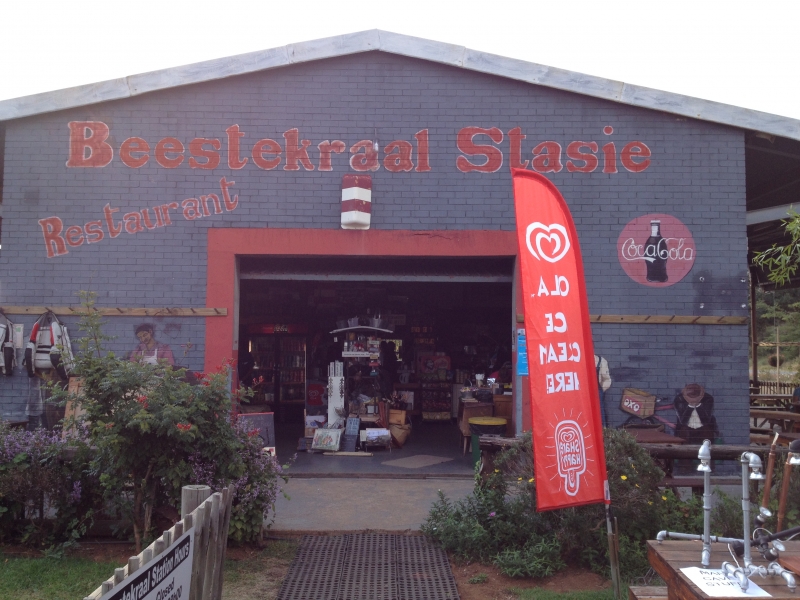 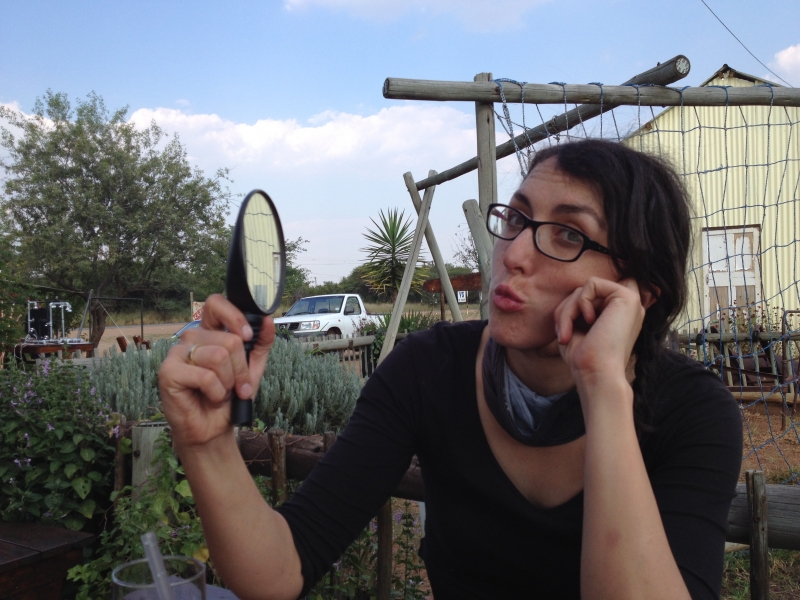 Thanks to Dries our test ride did not only became filled with lots of practice (sand! tyre change!), but also with lots of laughter, stories and love. Truly South African experience, once again.

2 thoughts on “Gettin’ lucky in Limpopo” 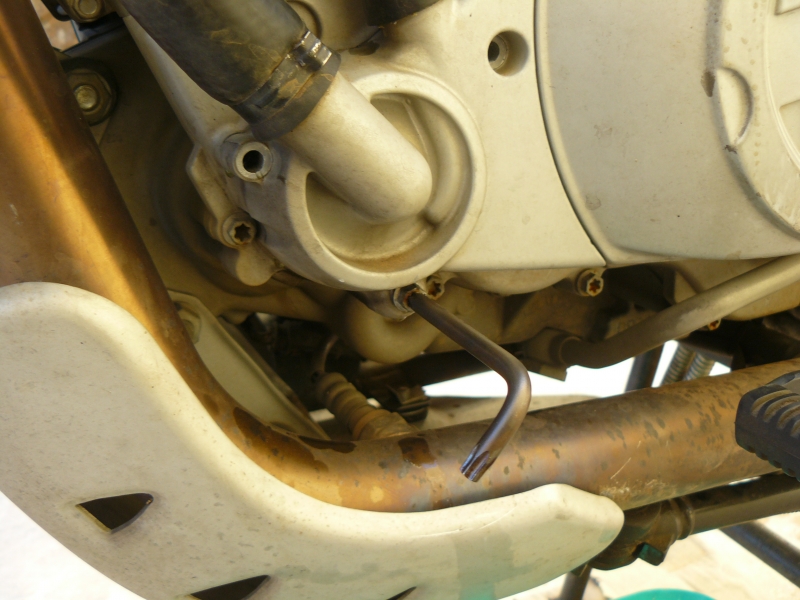 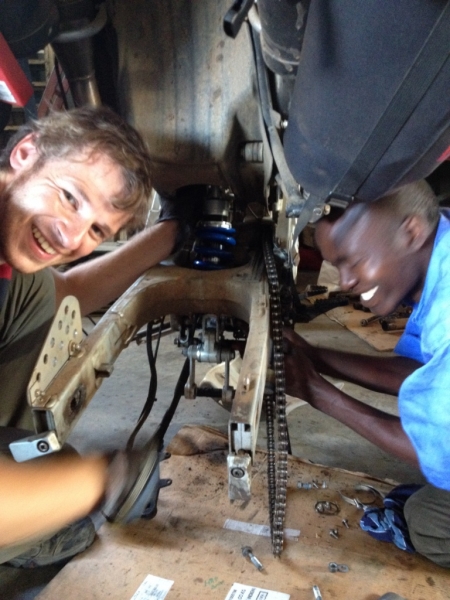 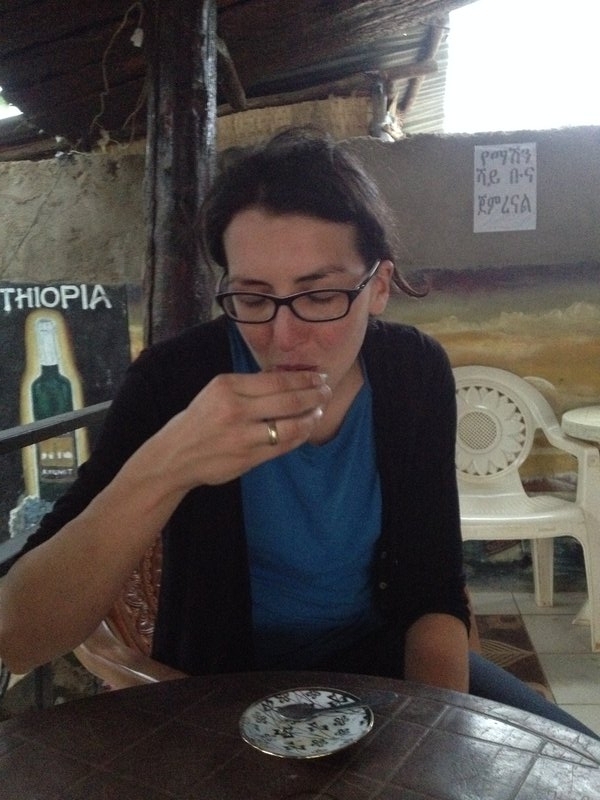 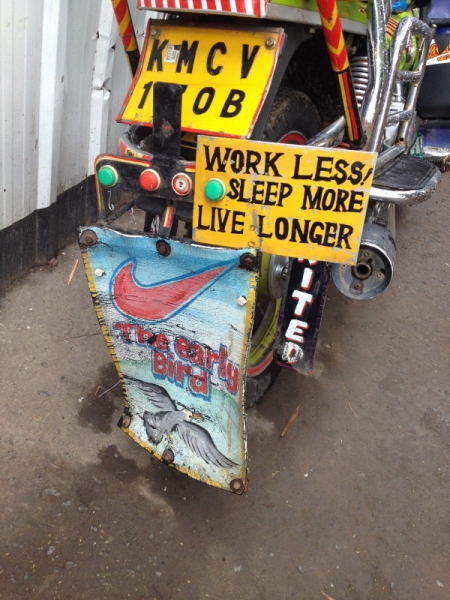 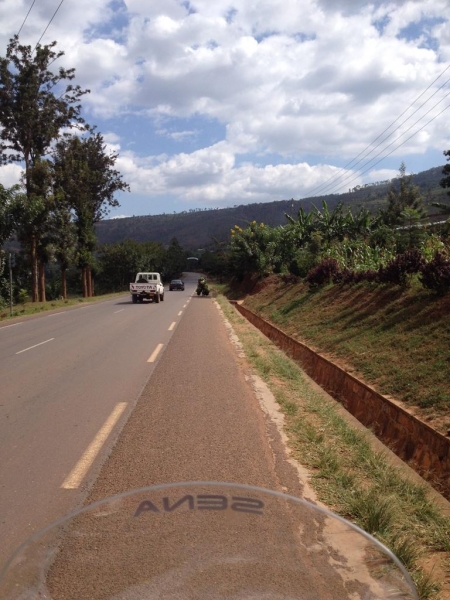 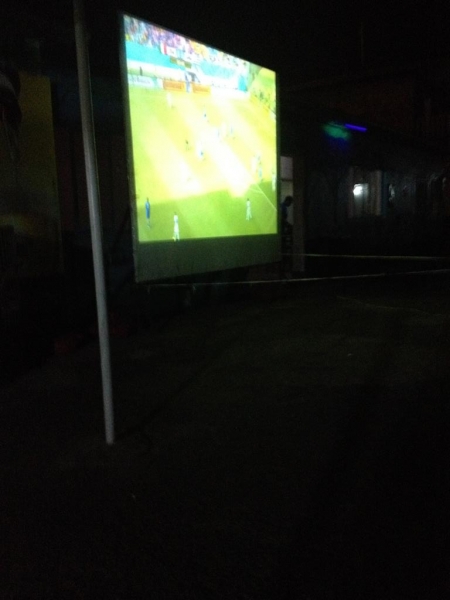 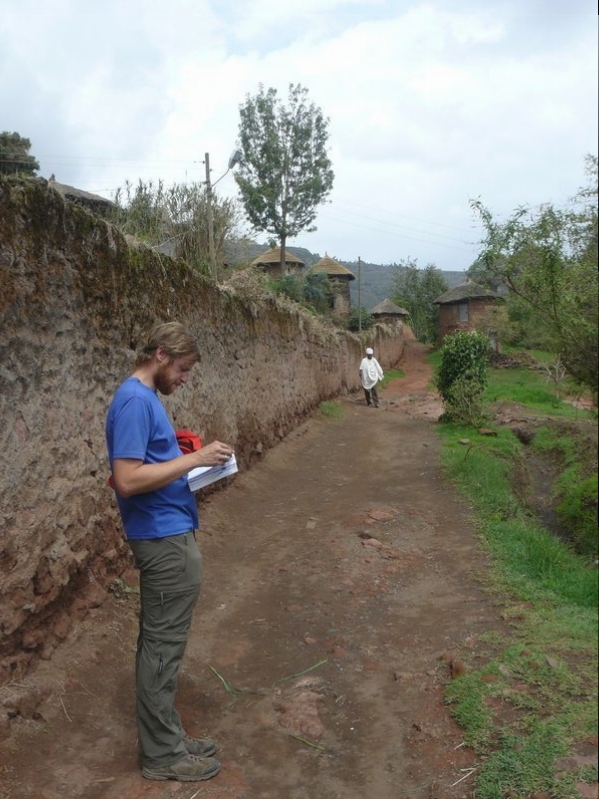 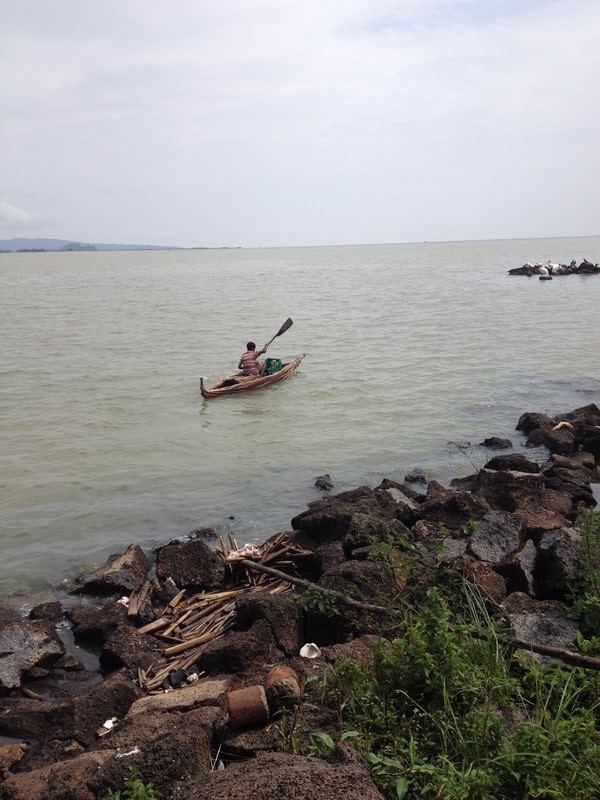 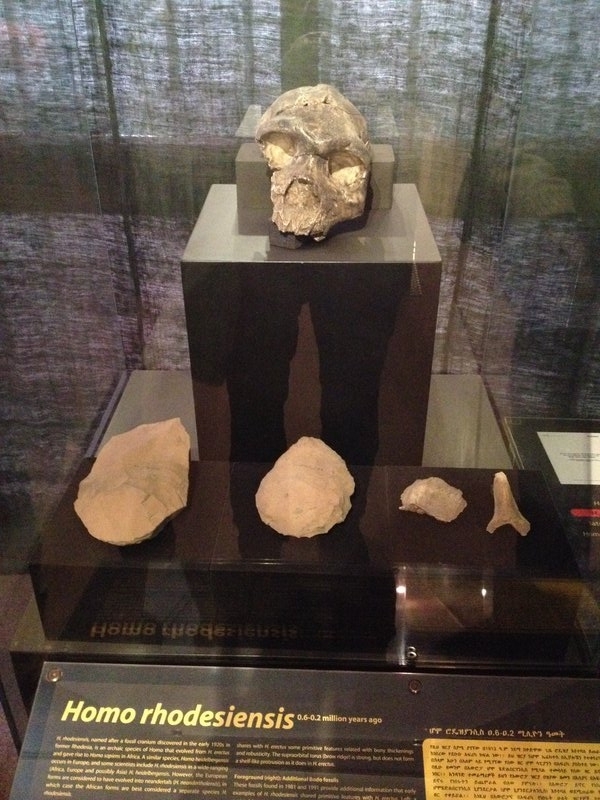 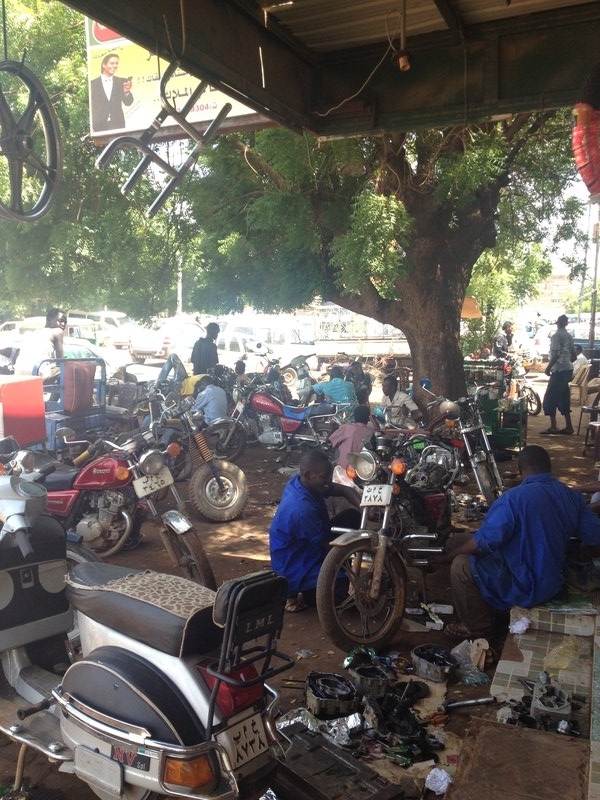