As we had not made it up to Livingstonia the day before, we decided to stay a day longer at the Hakuna Matata camp and do a day trip up the mountain. We being Jan, Anne and Rainer, as Birgit was not feeling her best, and was also quite mistrustful of the road conditions, even after our host Willie told us they were “really ok after the first four kilometers, and so much improved!”. As Jan’s bike was anyway not up for adventure, Birgit was so amazingly friendly (crazy) to lend Jan her bike.

So off we went, to find out that “improved” and “ok” are really very, very relative terms. It turned out the road up to Livingstonia did not have to shy away from any comparison with the Sani Pass. What made it worse than Sani pass was the heat in the lower sections. We all had the sweat dripping from our eyebrows before the third bend. And what bends those were! When Anne finally dropped the bike in one of those corners, we decided to have a first break to drink some water and cool down. It went a lot better afterwards, but was still quite challenging. The toughest bit came when we met the turn-off for Lukwe Campsite on the top of the escarpment close to Livingstonia. The road turned into a slope with very small, very loose gravel in deep ravines, and Anne at some stage was so exhausted that she had to stop and ask Jan to ride the bike down for her. What had been relatively easy on Birgits BMW X-Challenge (a lot lighter and lower bike) was a slip-and-slide with the Dakar, and we were very happy indeed when we had all arrived safe and sound. The view from the deck at Lukwe camp was stunning though, and worth the stress. We had some cool drinks and a light lunch, and then went off again to get to Livingstonia. We changed the bikes so that Anne was now riding Birgit’s, as this was easier to handle on this terrain. The road to Livingstonia was also in no great shape, but manageable. But when we stopped in front of the first sight, we got a veritable shock: the backpack that had been stripped on the back of the Dakar had gone. Fallen down somewhere on that bumpy stretch from Lukwe camp to town. When we did a quick check what was in that bag, we felt really sick: camera, phone, Jan’s notepad… Jan and Rainer jumped on the bikes and went back to search for the bag, with not much hope. What followed was an worthy travel and African adventure story, with a clever Rastafarian hustler, a small kid and his dad, a drunken uncle, a policeman, lots of misunderstandings and negotiations, an angry Jan and a bargaining Rainer – and two hours later, they were back, with the backpack and everything inside. But only 10 Kwacha left of our Malawian money. Luckily we had paid the campsite in the morning. And also luckily the 3800 Kwacha they paid are worth about 6 Euro only, and cannot buy you much more than a meal and a few beers in Malawi. Though it is not nice if people make you pay for something that belongs to you, seeing how poor the people are here, we feel we can neither cry shame or be angry. We would have probably done the same (“Erst kommt das Fressen, dann die Moral.”) In any case, we were incredibly happy that we had the bag back. Unfortunately, we had no time left now for Livingstonia, as it was already 3pm. So we took a quick touristy picture in front of the bell (at least we saw that!), shook a lot of hands and drove off. We had decided to take the longer route back, as we (especially Anne) were not keen on driving the steep route down that we had taken up. When we asked people about the road conditions, we got very different answers (Anne’s favourite one: “I can’t tell you if the road is better, but it is more beautiful!”). The trick we found is to ask as long as it takes until you get the answer you want to hear. Or something like that.
The views we got from that road were stunningly beautiful, and we all three swore loudly that our GoPro cameras were of course out of battery life or with a full memory card.
The road itself was sometimes ok, sometimes even good (for a dirt road), and sometimes Congo-like. Or that is what we thought when we hit the first stretch of deep mud and water. Rainer promptly dropped his bike on his search for a way around – the small foot paths next to very bad roads are normally a good choice for us on the bikes, but not this time. After lifting the bike up, we all looked like we had taken a dive into the mud, so it did not make much difference for Jan to walk through the water and see how deep it was. Turned out it was very manageable, so after we had shoved Rainer back on track we all made it through safely and without further falls. Accompanied by the good wishes (and certainly a lot of laughter about our foolishness) of the locals, we went on. As our first mud stretch had made us a lot more confident, we crossed the next two a lot quicker.
All in all, the longer route took us nearly three hours to get back, one hour longer than the locals had estimated (again, should keep in mind to always add a third of time here). Once again, it was already dark when we reached the camp, and Birgit was very happy to see us all back in one piece (including her bike). The evening ended with a lovely dinner, cold beers and lots of bragging stories about our adventures, and we crawled into our tents for our last night in Malawi, exhausted but happy.

The pictures on our trip were all taken with Rainers camera (we are so jealous, this thing is amazing!), and also mostly by him. But we also had the GoPro running, and we’re busy editing that into another nice little movie, which we will upload to our youtube channel once it is done! 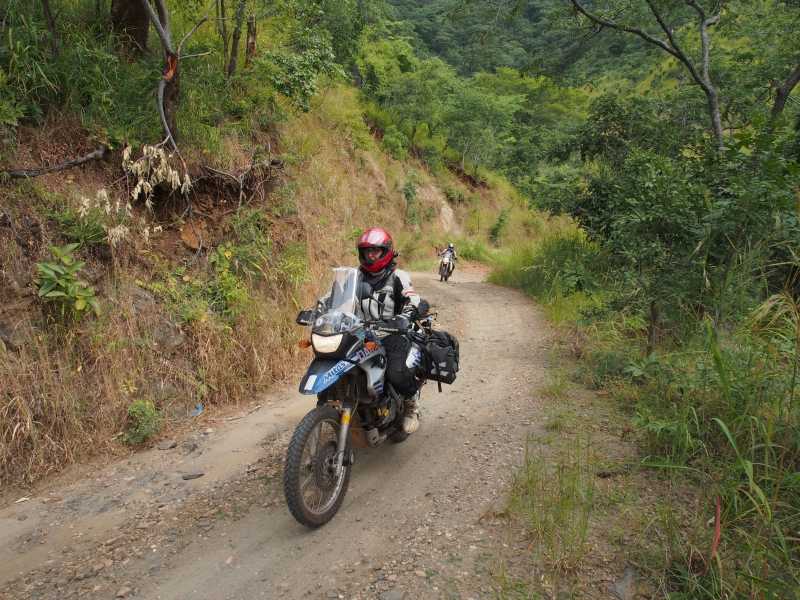 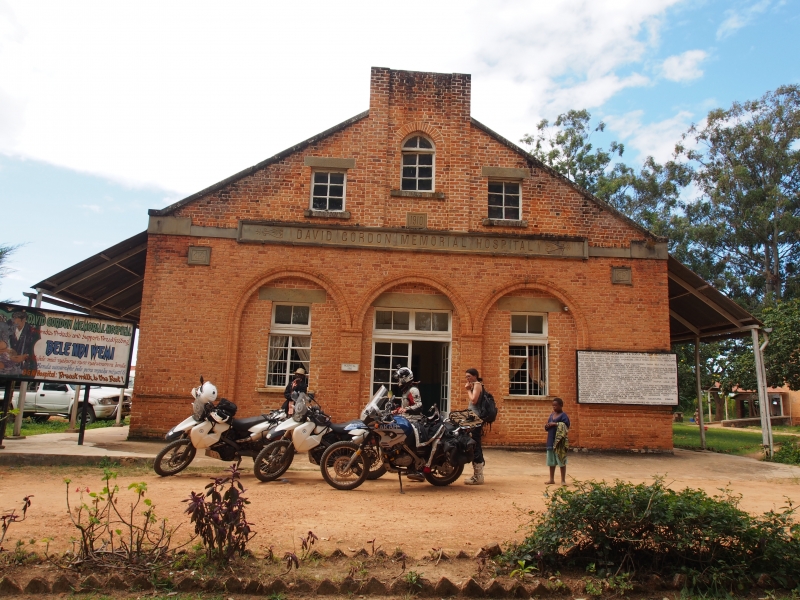 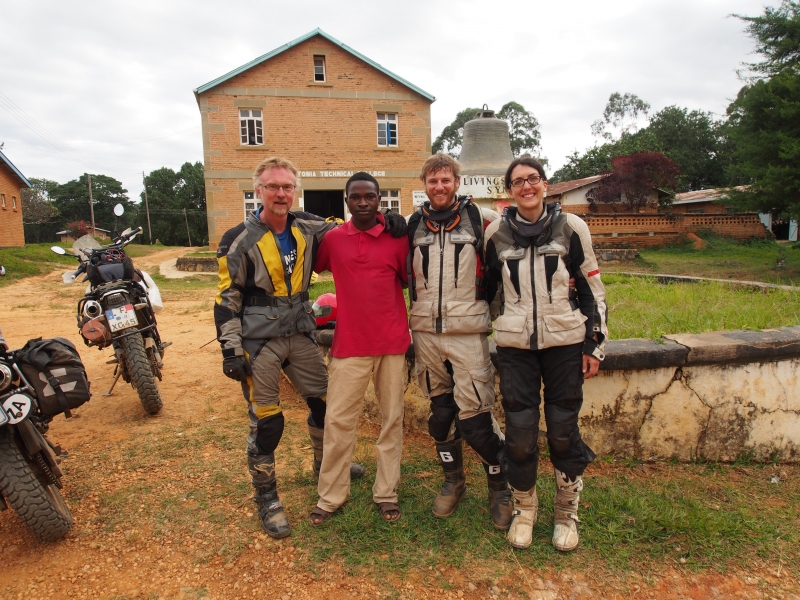 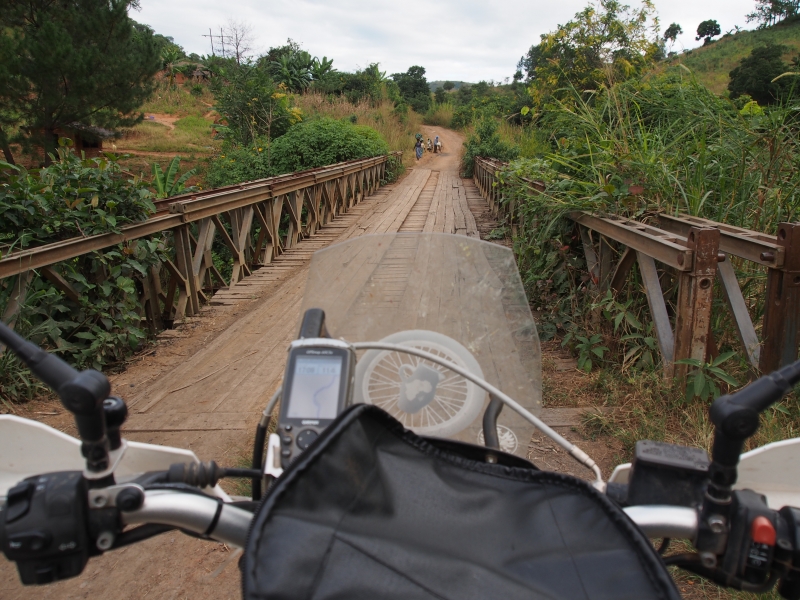 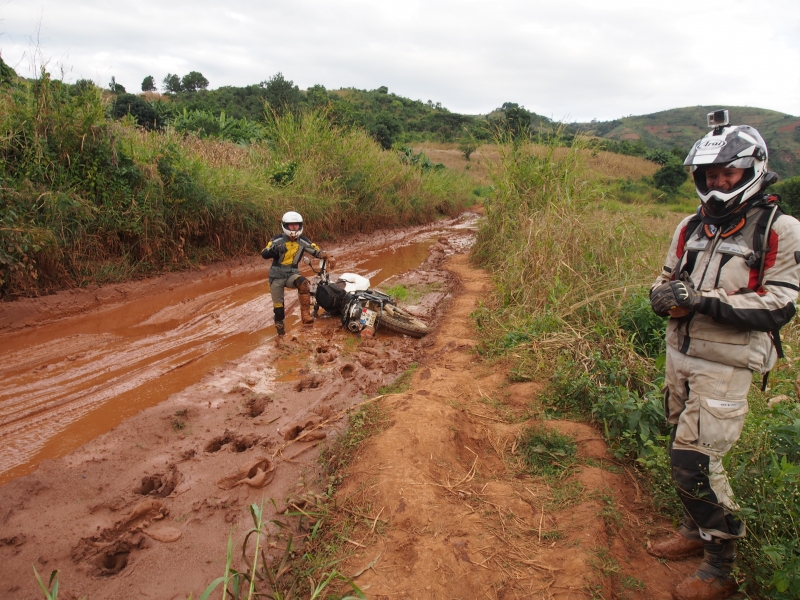 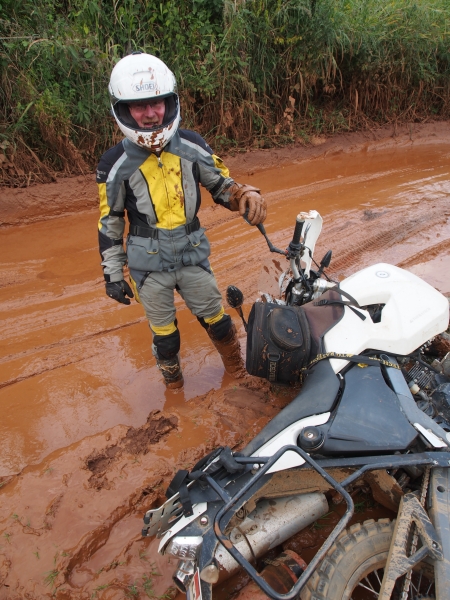 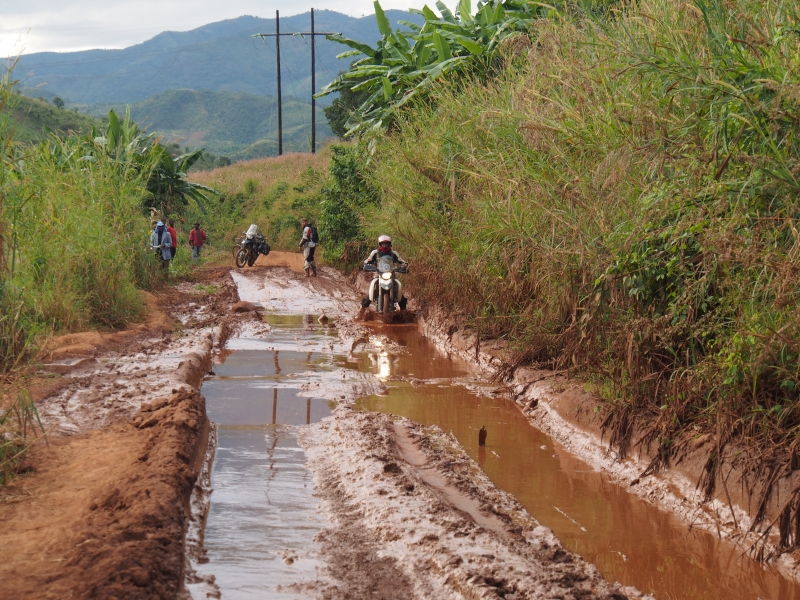 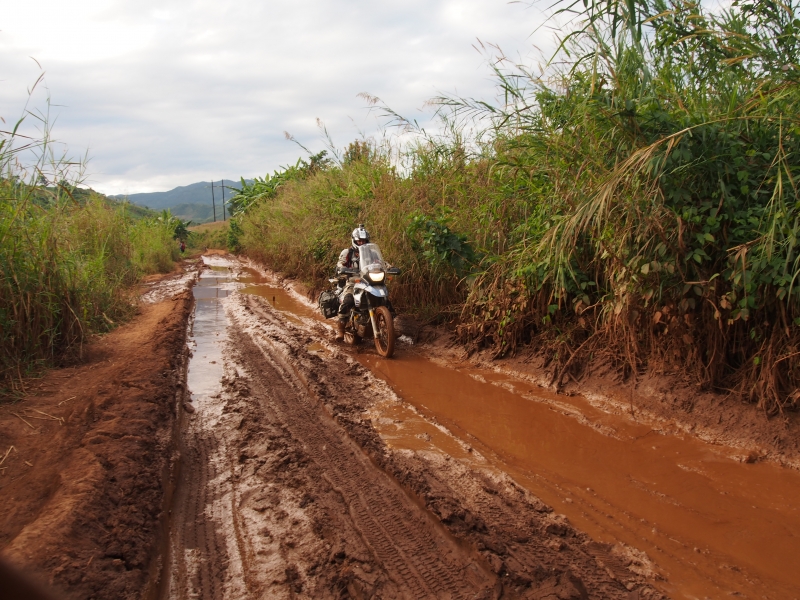 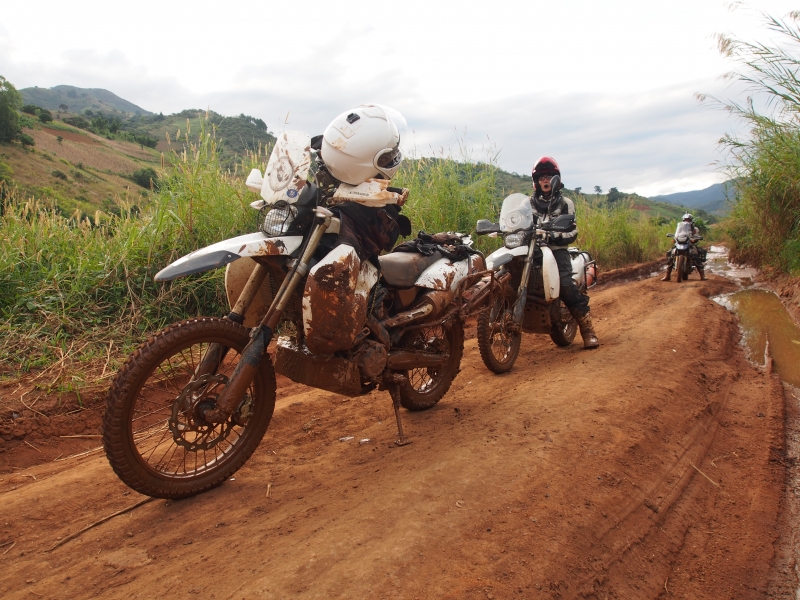 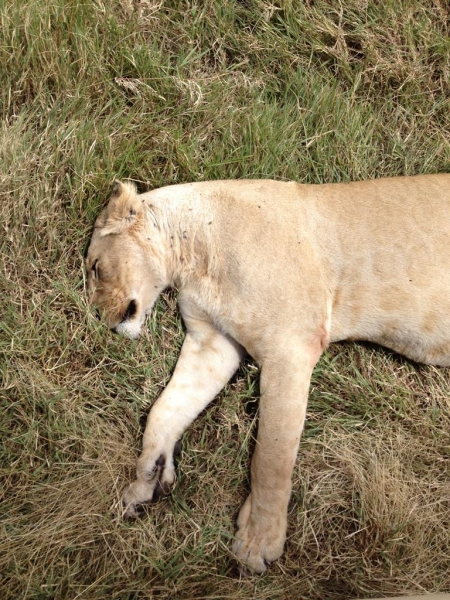 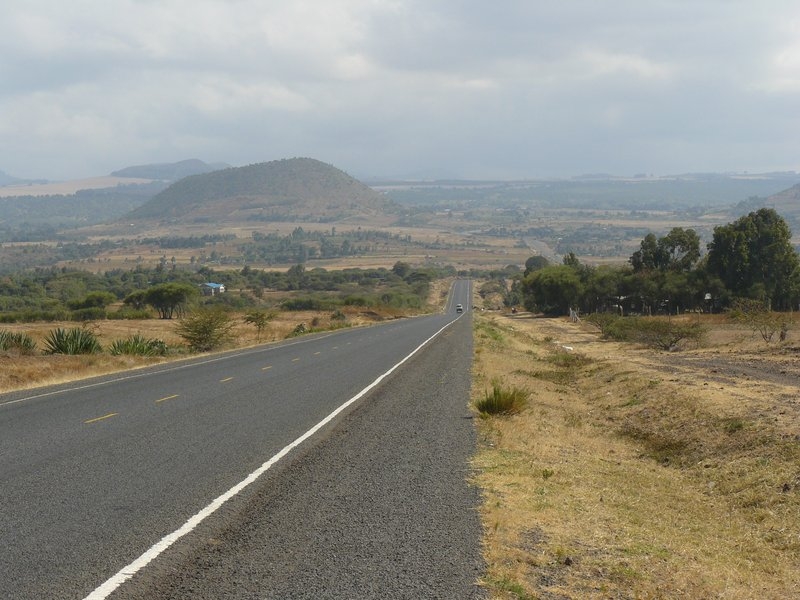 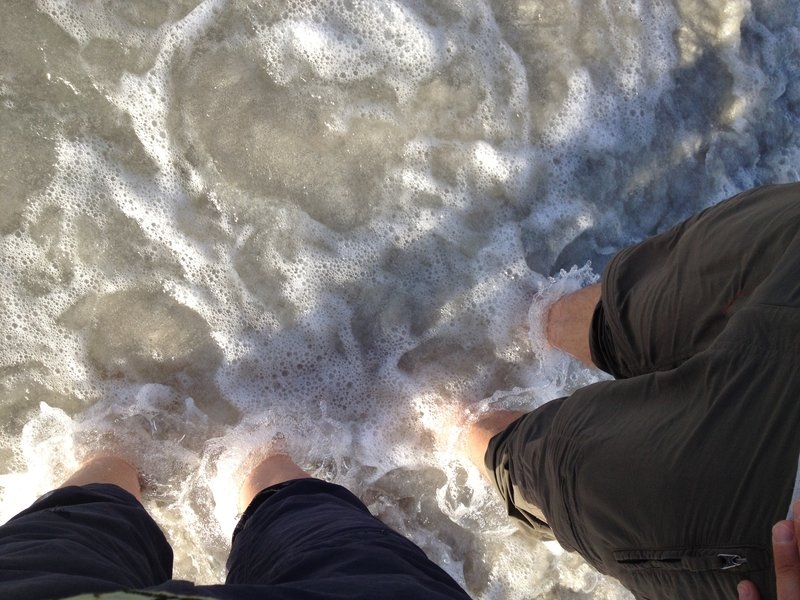 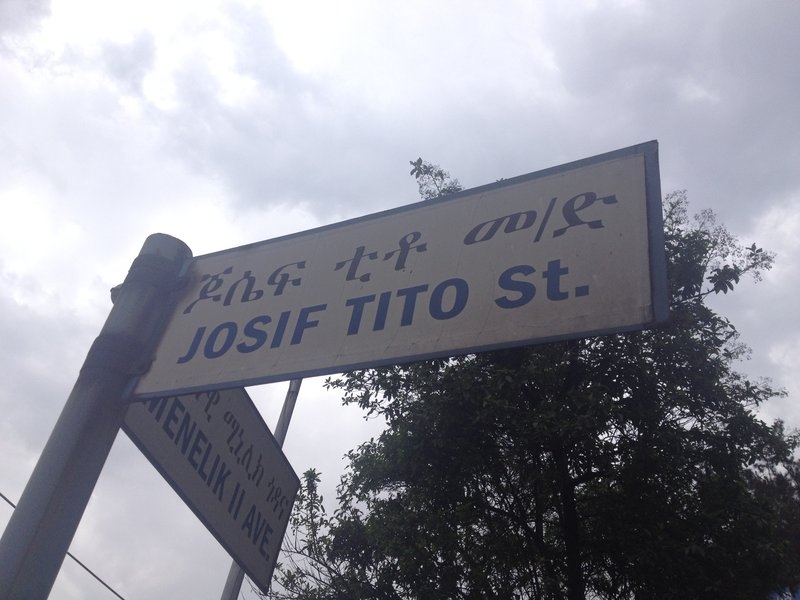 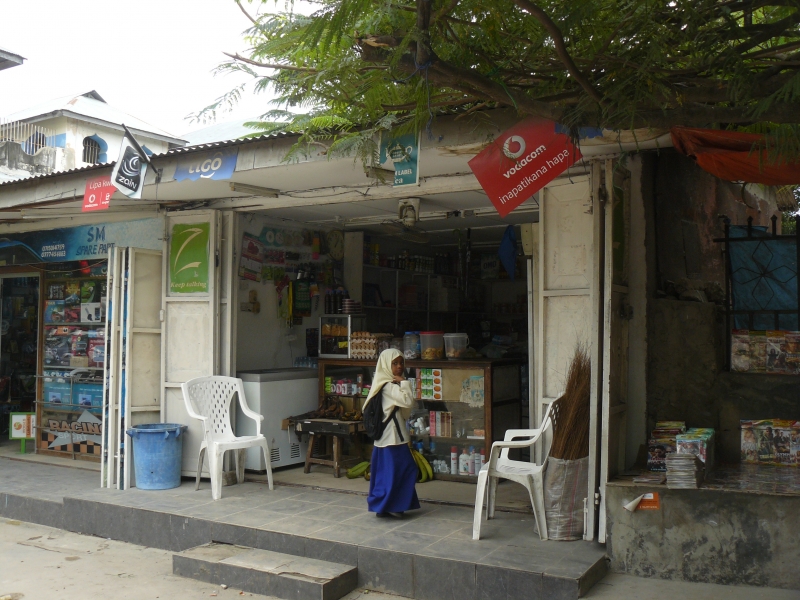 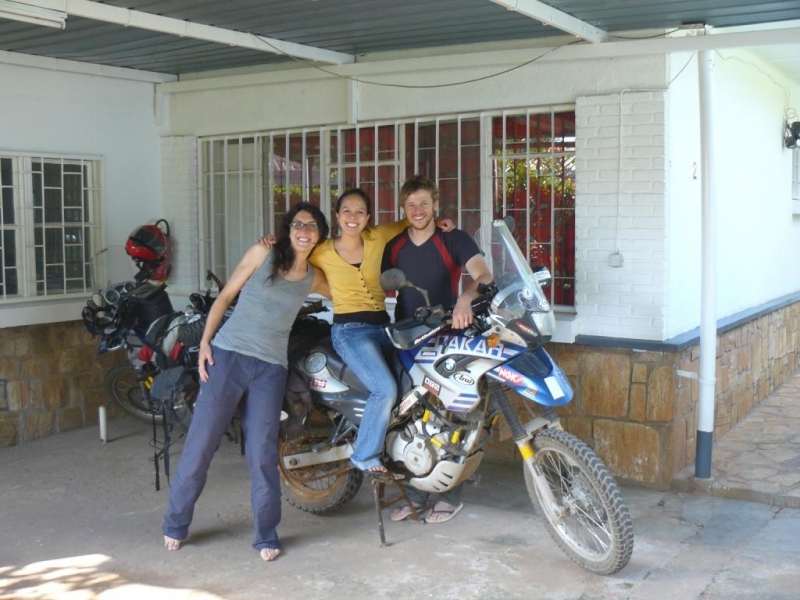 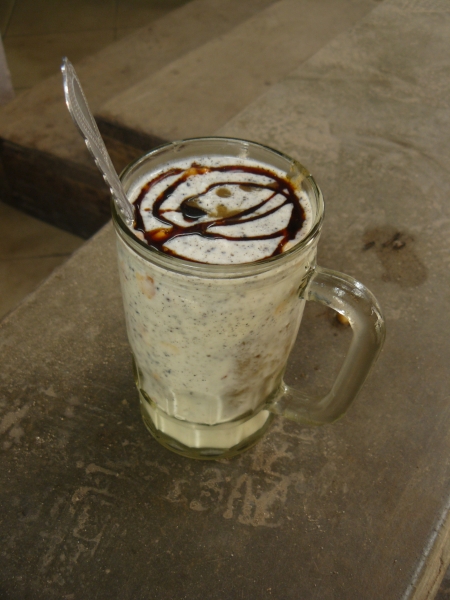 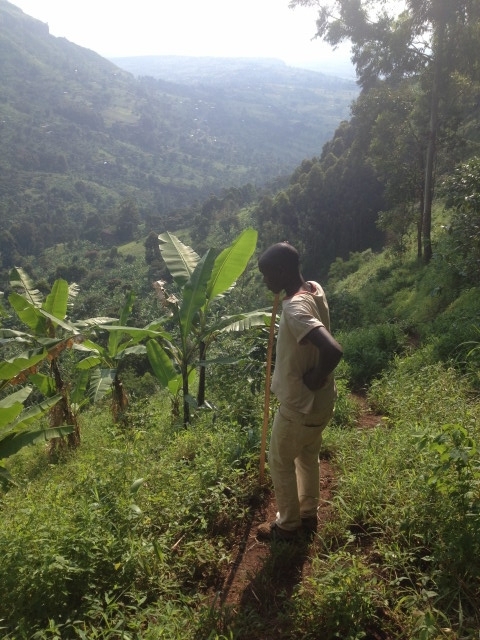